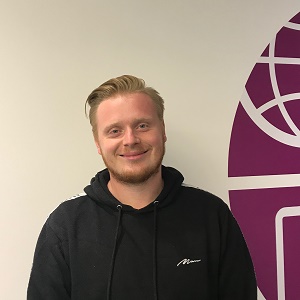 While Windows 10 has been out for a couple of months now, there haven’t been any Windows 10 phones as of yet. That wait could soon be over as Microsoft have just announced they will be hosting a Windows 10 device launch event on the 6th October.

As usual, there are few firm details around exactly what devices will be launched, but we’re betting on it being mobile. Probably a Surface 4 Pro tablet and possibly a Lumia 950 phone or something like it to boost their mobile offering. Whether we are going to call it simply Windows 10, Windows Phone 10 or Windows 10 Mobile, it looks like we don’t have long to find out.

The Surface Pro line has come on in leaps and bounds since release. Each iteration has improved on the last and we expect nothing less from the Surface 4 Pro. While nothing has been confirmed, we expect it to be a 12 inch tablet like its predecessor. There are rumours that there may also be a 14 inch version, but we have yet to verify that.

The design will likely be similar to the Surface 3 Pro as it is successful across the board. We really would like to see the Type Cover either made cheaper or more robust though.

Inside, Intel is still expected to power the Surface 4 Pro, probably Skylake processors in either M or i5 and i7 form. Skylake is ideal for mobile, coming with its own Iris Pro graphics, better memory controller and the ability to generate 4K visuals. All while being relatively battery friendly.

There are two versions of the Lumia 950 expected. A standard variant and the Lumia 950 XL. The 950 will have a 5.2 inch screen while the XL will be 5.7 inch. Both will be QHD displays, use octa-core Snapdragon 810 processors, 3GB of RAM, 20 megapixel camera, 5 megapixel selfie camera and a removable battery.

These Windows 10 phones are also expected to use wireless charging, USB C, an infrared sensor for fingerprint scanning, 32 GB of internal storage and have dual sim capability.

All of these devices will run full Windows 10 configured for mobile devices. While the OS hasn’t been without its controversies, it has proven itself a solid operating system and has apparently been loaded onto over 100 million devices since launch on 29th July 2015.

If these devices and Windows 10 phones live up to their promise, business could gain real advantage from them. The inherent power in both the Surface 4 Pro and Lumia 950, plus the seamless interoperability should allow you to collaborate, share and work without any of the usual compatibility issues that come with adopting new devices. We’ll find out more on 6th October.