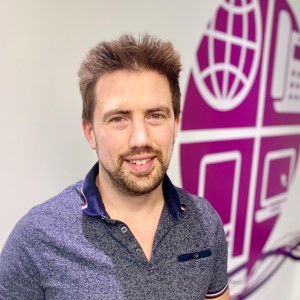 iPad Pro, everything we know

While the difference between a consumer device and a business one is mainly about the apps, it’s always interesting when a manufacturer designs a business-centric tablet. That’s what we are expecting with the iPad Pro. We know very little about it officially, but unofficially, we think we know quite a lot. Here’s what we think we know.

The iPad Pro is being designed alongside the long awaited iPad mini 4. We think it will be announced at the iPhone 6s reveal this week but has yet to be confirmed. Apple sent out invites to an event on September 9th with the words “Hey Siri, give us a hint.” It is widely expected to be a reveal of the iPhone 6s and a new version of Apple TV.

Leading Mac site 9to5Mac also seems to think the iPad Pro will appear at the event. They also think pre-orders will begin in October with deliver sometime in November. They tend to be pretty accurate in their predictions so hopes are high.

The iPad Pro is thought to be bigger than most other Apple tablets and feature a 12.9 inch screen. That is larger than the 9.7 inch iPad Air 2 and the 7.9 inch iPad mini 3. It’s closer to the MacBook Air than previous tablets. This is good news for business as although portability may be compromised slightly, that’s a lot of screen real estate to fill with productivity apps.

There are strong rumours about a superior screen to offer real differentiation to the competition. Specs of 2732 x 2048 and 265 ppi have been mooted by a few people which matches code found in iOS 9.

The screen is also thought to support Apple’s Force Touch recently seen in the Apple Watch. This would have real business advantages as it supports a wider range of gestures to control apps. There are also rumours of an accompanying stylus but we’re not sure about that one. With more gestures possible and few tablets using a stylus we think it unlikely. Plus, Steve Jobs hated them.

The power behind the screen is widely believed to be an Apple A9 processor with 2GB of RAM in support. It is also believed to feature Wi-Fi running 802.11ac which is twice as fast as 802.11n, LTE Advanced, NFC, front facing HD camera for FaceTime, a Touch ID sensor and possibly USB 3.0 ports.

As mentioned, we think the iPad Pro will be shown this week. Pre orders may be in October with a full release in November. These are yet to be confirmed but we only have a couple of days to wait to find out!