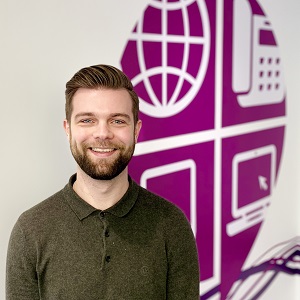 The long awaited and much trialled Microsoft Office 2016 was released to the public last week. The latest version of the most popular productivity suite has brought with it a number of improvements and enhancements and manages to still justify its price.

Microsoft Office 2016 is available as a standalone package or as part of Office 365. New versions of Word, Excel, Outlook, PowerPoint and others depending on the one you buy. They all echo the new look of Windows 10, which makes working with them pretty easy. The addition of Android and Apple apps seeks to widen the business case for using this version too.

Windows still gets the best deal and Office 2016 still works best using the operating system. Yet the inclusion of other platforms shows that Microsoft has finally grasped that we will use productivity apps as we choose to, not how they want us to.

Much has been improved in Office this time round. From recent documents appearing in Outlook when selecting attachments, to being able to save a file automatically on your PC or in the cloud. The inclusion of OneDrive within the system makes sharing easier and the collaboration feature is already making itself popular in this office as well as others we have spoken to!

It seems the intent was to make Office 2016 easier to use, slicker to work with and appeal to the way businesses work now. The inclusion of business intelligence apps, a more robust Excel and cloud integration all reflect how we have changed over these past years and shows that Microsoft is paying attention to the world around it.

While a lot has changed, a lot has also stayed the same. There are still those ribbons to contend with, some odd menu choices and some bugs. Overall though, Office 2016 is a slick piece of software that looks as good as it works.

The work isn’t finished on Office 2016 either. The gradual rise of Sway over PowerPoint, the rise of Delve in Office 365 and the fact that Office 2016 now works well with touch all shows that Microsoft are not sitting back and resting on their laurels. More change is coming and as a recent convert to Sway, I like what I see so far.

With a commitment to the same program of monthly updates as Windows 10, there is a definite focus on Office as a service whether you buy the Office 2016 suite or go for Office 365. That alone makes this version worth paying for.